About a year ago I took the leap and bought myself a Schiit stack (Modi 3+, Magni Heresy, Mani) to listen to music from my PC (I have a growing library of FLAC files and a subscription to Deezer HiFi) and to my LP collection through an AT-LP120XUSB with an upgraded shibata cartridge (AT-VMN95SH). As I live with my partner and we’re both working from home, I need to use headphones 90% of the day and at the time I had a pair of Audio-Technica M50X which I’ve always found very uncomfortable and never really liked how they sounded, so much so I had to resort to an EQ (which I’d rather avoid usually) - I just bought them because of the internet hype I guess. I then went on and after a more accurate research I bought a pair of Beyerdynamic DT770 Pro 80 ohm. I remember I was instantly blown away - great soundstage, unbelievable deep bass and overall a much better listening experience and comfort than the M50X. I’ve been happily using the DT770 for about a year now. Until I got back into the rabbit hole - I wanted to upgrade my headphones and really wanted to try something different this time. So I started to look into open back headphones and also the planar magnetic drivers technology. It didn’t take too long until I could hear the internet screaming at me: Hifiman Sundara! I got a pair from Amazon. And this is my experience after about a week of use.

Out of the box the Sundaras looked quite good, a nice upgrade from the plastic frame of the DT770 although the headband felt a bit flimsy. Alas, the cable was horrid though - way too short and way too rigid, I’ve bought a new one like two days after.

Although on the paper the Sundaras are slightly heavier than the DT770 when I put them on my head they felt like they were made of feathers - much more comfortable, with less pressure on the top part of my ears too. Great.

Then I plugged them into my Magni Heresy and pressed play on Foobar2000. I wasn’t impressed at all. Definitely a bit more details - I could hear things I’ve never heard before in songs that I’ve been listening to for about 20 years - singers breathing in, sax players hitting with their fingers on their instrument, some quiet few extra notes at the end of a solo. But then I wondered - do all these little extra details make a real difference to my listening experience? I wasn’t so sure.

For some reason I felt the Sundara’s sound lacking. I couldn’t put my finger on it but I was missing something, and I could feel my brain constantly reaching forward to hear something that was supposed to be there, but wasn’t. And so I found myself with my hand on the volume knob way too many times, turning it up. I started to do some A/B listening tests with the DT770 and my impressions were so much better with my old headphones. In particular I was missing the soundstage, which was odd considering the Sundaras are open back, they were definitely more airy, though. And obviously the sub bass growl of the DT770 wasn’t there. At this point I was sure I was going to send the Sundaras back. In particular I felt like even if they were an upgrade, certainly not a 3x upgrade, based on the price tag alone.

Little by little though I started to notice the different qualities of the sound - the bass wasn’t so deep as the DT770 but definitely present and clearer. The mid frequencies felt a lot in my face but so much more warm and musical. The trebles were more detailed without being too harsh on my ears. I also noticed that the Sundaras were doing better with some genres of music and worst with some others - they really impressed me a lot with jazz and classical music, they were decent with rock, not so much with metal though. And awful with electronic. I could hear the fake nature of the samples used in some songs, somehow - they sounded artificial in a way I had never noticed before. Still the soundstage wasn’t there and I started to feel the Sundaras shouty, too much in my face, especially the vocals.

Until one night I went to bed after a long listening session and in the silence of my bedroom I could hear my ears ringing as if I had been at some loud live gig. I realized that I was definitely listening to music at too high volume. The day after I forced myself to keep the volume down on my Magni and boom. Something clicked in my head. I could hear the soundstage opening and I could appreciate the quality of the music so much more. I then did a last A/B test with the DT770 - holy hell, they were harsh! I had become a Sundara’s lover. Most of it all, I could really tell the different sound signatures - the V shape of the DT770 (low and high frequencies up and mids down below) against the very crisp and clear neutral shape of the Sundaras.

I’ve read around about breaking in the headphones, even on the Sundara’s manual they suggest 150 hours of breaking in. I honestly align myself with the skeptics here as I trust the measurements and they’ve never shown any relevant change after any break in period. But I think I’ve witnessed myself a brain break in - I was so used to the sound signature of the DT770 that it took me a few days to understand basically how to listen to a different pair of headphones, so much that I couldn’t appreciate the obvious higher qualities of the new pair.

Also I think I’ve already experienced a bit of the diminished returns effect, even at this relative low price tag point. I’m in love with the Sundaras now but for three times less the price the DT770 are a no brainer suggestion for anyone interested into an entry level pair of quality headphones.

All considered though, the listening experience with the Hifiman Sundara is undeniably better - so much more musical and open (and also comfortable and less fatiguing) that it’s hard for me to look back now. 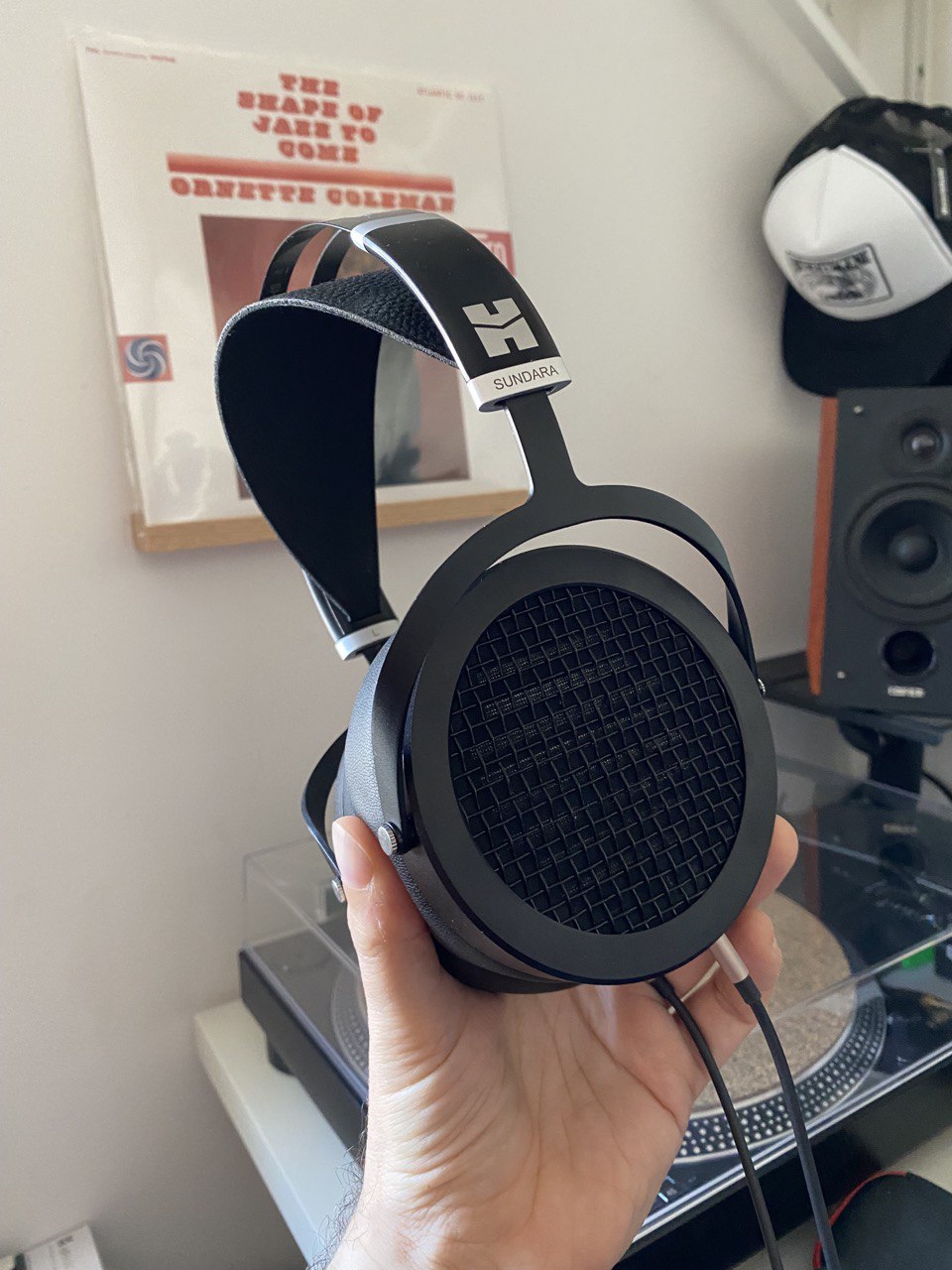